Ukraine: We will not negotiate with war criminals 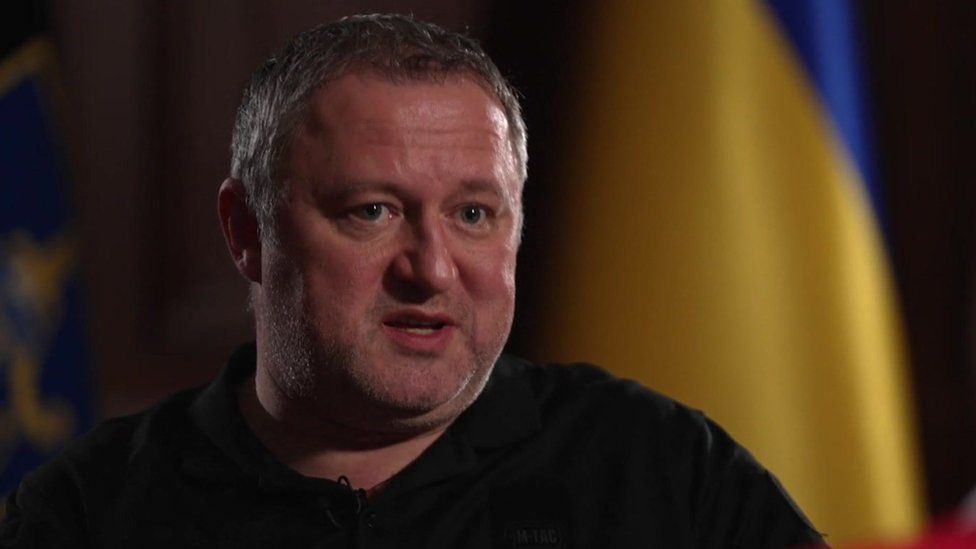 Andriy Kostin said Ukraine would not negotiate with Russia

Ukraine is not considering negotiations with Russia to end the war, its top prosecutor has told the BBC.

US media recently claimed that American officials had encouraged Ukraine's leaders to soften their stance on negotiating.

But Andriy Kostin said Russia must be held accountable for the war it began.

He is looking to establish a special international tribunal, and reiterated demands for war reparations through the confiscation of Russian assets.

Mr Kostin also pushed back at concerns that the war is causing suffering around the world, and not just in Ukraine.

"People are suffering because of aggression of [Russian President Vladimir] Putin into Ukraine," he told me at his office in central Kyiv - a historical building guarded by armed soldiers, with entrances blocked by sandbags, and the lower ground windows boarded up.

He acknowledged Europeans were paying higher prices for food and fuel but countered that "Ukrainians are paying for by their lives for the same struggle".

"I don't think that the issue of resuming any negotiations is possible," he said firmly.

There have been no peace talks between Russians and Ukrainians since the early weeks of the invasion, although both sides did agree a UN-brokered grain deal in July.

But despite Mr Kostin's demand for an international tribunal, experts believe it will be difficult. Neither Ukraine or Russia are signed up to the Rome Statute that established the International Criminal Court, for example.

Regardless, Mr Kostin stressed the importance of international cooperation in collecting evidence and witness testimonies needed to build a legal case.

When asked about the mass graves found in Izyum in the Kharkiv region, he said there were signs of wilful killing and torture "in practically every village and every town".

More cases are also emerging of rape and sexual violence against women and children. When Mr Kostin took over from predecessor Iryna Venediktova, there were 40 cases.

Now, he said, they are investigating more than 100 cases - including from Kherson region, where Russia says it plans to withdraw thousands of troops from the regional capital after occupying it for eight months.

With additional reporting by Hanna Tsyba and Leisha Santorelli

Source: https://www.bbc.co.uk/news/world-europe-63586227
We use cookies to ensure that we give you the best experience on our website. If you continue to use this site we will assume that you are happy with it. Ok